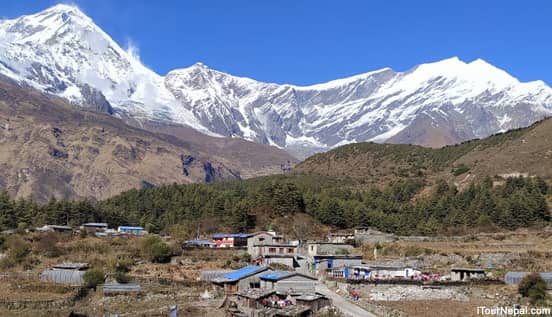 Lower Mustang is in the trans-Himalayan region and it retains the culture and heritage of the Mustang kingdom. Traversing the gorge wedged between Annapurna (8,091m) and Dhaulagiri (8167m) following the salt trading tour is one of the best Himalayan adventures. Short and easy hikes to pristine alpine lakes, charming villages of Thakali and visit of rustic ancient earthen walled monasteries make Lower Mustang tour more vibrant than Upper Mustang.

Feel the essence of Mustang kingdom without paying the expensive permit.

The tour offers up close views of Annapurna I, Nilgiri Himal, Dhaulagiri, Tukuche and other peaks. The archaeologically important sky caves of Chokopani and Myabrak are also in the lower Mustang region. Explore the last Bon (pre-Buddhist religion) village of Lubra and stay in the apple orchard village of Marpha and Tukuche. The lower Mustang tour is the best way to experience the trans-Himalayan culture and scenery.

I arranged a short trek in the lower mustang with this agency. I chose them for the speed of responses to my emails and the ability to tailor their offer to my needs. I got a great price for impeccable, timely and quality services. From arrival to kathmandu airport and until the last day I appreciated the attention that the owners Rabi, Shiva and the Mingmar guide dedicated to me. Fabio Celvini - Italy Review ›

Mustang in the trans-Himalayan rain shadow is the best place to visit during the rainy season. While Nepal receives about 1500 mm average annual rainfall, it is only 307 mm for Mustang. June, July and August are summer and also the time for Himalayan flowers to bloom. The horse riding festival of Yartung and the Bonpo festival of 'Thini Bhadra Festival' fall in the months of August / September. Customize Lower Mustang Tour for monsoon with Pokhara - Jomsom flight.

Drive west of Pokhara, on the Baglung highway. The road climbs up to Naudanda offering panoramic views of Annapurna range. The highway winds down to Modi River valley and then follows upstream Kali Gandaki valley. The drive is thrilling as we traverse the world's deepest gorge wedged between two 8,000giants of Annapurna I and Dhaulagiri. Kalopani is one of the most beautiful villages in the juxtaposition of the trans-Himalayan arid valley and the lush southern foothills.

From here we enter the territory of lower Mustang dominated by Thakali people. There is a lot to explore. You can do the detour (hike) of 3 – 4 hrs to Titi Lake or visit the Ghhursanbo cave from Larjung. Marpha and Tukuche are the biggest Thakali villages with beautiful apple orchards and distilleries. Explore / hike to Ghhursanbo cave. Visit the distilleries, apple orchard and Tibetan village. Overnight in Kagbeni. 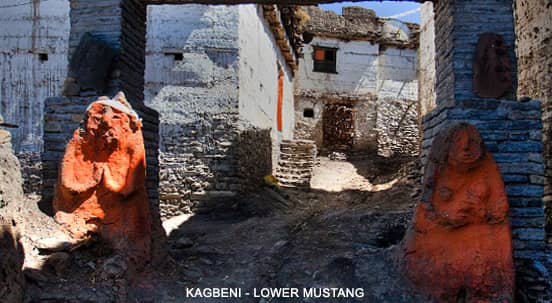 Kagbeni and Tiri villages in the corridor of Upper Mustang, have cultural enclaves of the medieval kingdom of Lo. Their over 500 years old ocher painted monasteries and chortens with houses made with rammed earth and mud roofs still gives the medieval glimpse. Until recently, Tiri village was in the restricted area of Upper Mustang. A short exploration of old Kagbeni and Tiri village will give us insight of Mustang architecture, spirituality and culture.
Another excursion upstream Muktinath River will take us to the abandoned village of Mebrak and the cave complex where the mummies dating back to 400 Bc were discovered in the 1995 excavation.
In the late afternoon drive to Muktinath. Explore the pilgrimage site.

Enjoy the overview of Kaligandaki valley cut deep between the snow peaks of Annapurna and Dhaulagiri massifes. Later gradually climb through the pastures to Lubra pass (4,100 m) offering another panoramic view of the Himalayas. The trail then descends steeply on the mountain side to Lubra village. Lubra is the last Bonpo village with their authentic monasteries and school which teaches Bon scriptures. Later we will drive to Marpha village for an overnight stay. Explore the apple orchard, Tibetan refugee village and the 16th century Chhairo monastery. If time permits you can also walk from the southern bank of Jomsom to Marpha exploring the Leopard cave and Dhumba Lake.

Day 5 : Drive to Larjung village and hike to Sekong Lake

After spending another beautiful morning in the Thakali village of Marpha, we will drive down for about 45 minutes to Larjung village. There is also a walking trail across the Kaligandaki River. But the 4 hrs round trip walking to Sekong Lake is the best part of the day. The hike to Sekong Lake will unveil the pristine yak pastures with magnificent views of Annapurna I, Nilgiri, Dhaulagiri and the icefall.

Day 6 :Drive back to Pokhara.

Drive back to Pokhara or extend the Lower Mustang tour with an extra night to wallow in the natural hot spring at Tatopani or to drive or trek to Ghorepani - Poon Hill. 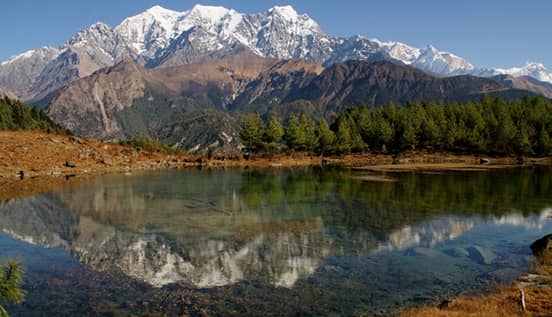 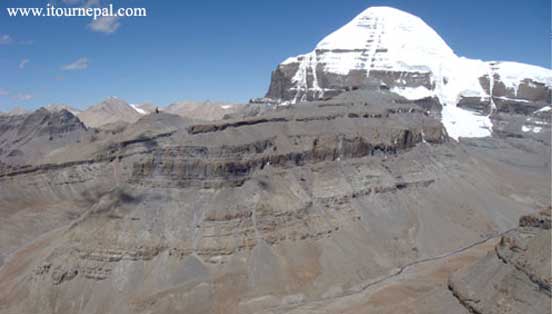 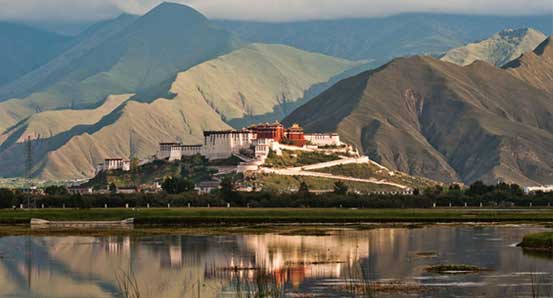 Lower Mustang Tour with us:

We offer comfortable Muktinath pilgrimage tour with best hotels, transportation, pure vegetarian food and knowledgeable and humble guides. Customize your Muktinath visit with pilgrimage of many other important sites like Pashupatinath and Manakamana.

4 days Tibet Tour
While it rains in the southern slopes of the Himalayas, Tibet in north remains dry. This is the best time to travel to Tibet as the days are warmer. Check our Nepal - Tibet Tour.

Best of Tibet tour visiting the heritage sites of central Tibet and the most sacred Mt Kailash in wild western Tibet. Drive on a desolate plateau overlooking at the Himalayas.

The 1 hr ‘Everest sightseeing flight’ is weather guaranteed. 100% refund in case of bad weather or Everest being no visible. This is the best way to see Mt Everest while you are in Kathmandu, Nepal.
Booking Inquiry

Himalayan Rain Shadow
The Himalayas obstructs the Monsoon wind from getting to Jomsom Muktinath region. They condense and give heavy rainfall to the south of Annapurna. The air that finally crosses the main Himalayas is rather dry. As a result The annual precipitation of Mustang is only 250 – 400 mm while of Pokhara on the southern slope of the Himalaya is 1,200 – 1,500 mm.

It is said that there are more festivals in Nepal than the days in the Calendar. Festivals make the place live and colorful. Visit the place when they are celebrating.
Festivals of Nepal >

Upper Mustang is politically in Nepal but culturally and geographically in Tibet. Visit this last Tibetan Kingdom outside of Tibet, before it changes.